The area, now known as the City of Westlake, was first settled on October 10th, 1810. However, it was then part of Dover Township. In the early 1910s, the northern part of the township seceded to form Bay Village. In 1912 the southern portion left to join North Olmsted. The remaining township residents formed Dover Village in 1913, taking with it a portion of Olmsted Township.

Westlake is now bordered by Bay Village to the North, Rocky River and Fairview Park to the East, North Olmsted to the South, and Avon (Lorain County) to the West.

The Westlake City School District is rated “excellent” by the state’s report card for school districts. The WCS has been consistently rated "excellent" by the state since the cards came into existence. Westlake High School is home to WHBS-TV, the Westlake High school Broadcasting System. WHBS-TV is seen on channels 22 and 18 on Time Warner Cable and WOW! Cable, respectively, in the Westlake area. The station is considered one of the top high school television stations in the United States, and city voters recently rewarded the station with brand new, state-of-the-art television facilities added onto the high school as a result of the program's popularity. Lee Burneson Middle School has been awarded with a half-million dollar STEM (Science Technology Engineering and Math) grant. They have used this to buy equipment that will improve the learning process.

Points of interests are: 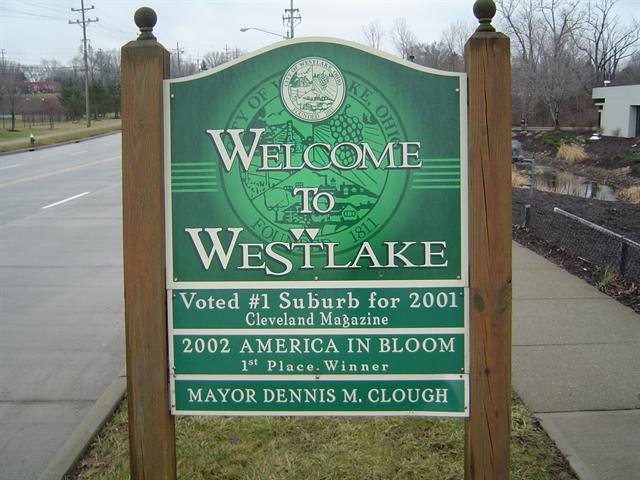