Cleveland is in Cuyahoga County the most populous county in the state. The city is located in northeastern Ohio on the southern shore of Lake Erie, approximately 60 miles (97 km) west of the Pennsylvania border. It was founded in 1796 near the mouth of the Cuyahoga River, and became a manufacturing center owing to its location on the lake shore, as well as being connected to numerous canals and railroad lines. Cleveland's economy has diversified sectors that include manufacturing, financial services, healthcare, and biomedical. Cleveland is home to the Rock and Roll Hall of Fame.

Residents of Cleveland are called "Clevelanders". Nicknames for the city include "The Forest City", "Metropolis of the Western Reserve", "The Rock and Roll Capital of the World", "C-Town", and the more historical "Sixth City" (at its peak in the 1950s, Cleveland was actually the fifth most populous U.S. city). Due to its proximity to Lake Erie, the Cleveland area is often referred to locally as "The North Coast".

Downtown Cleveland is centered on Public Square and includes a wide range of diversified districts. Downtown Cleveland is home to the traditional Financial District and Civic Center, as well as the distinct Cleveland Theater District, which is home to Playhouse Square Center. Mixed-use neighborhoods such as the Flats and the Warehouse District are occupied by industrial and office buildings as well as restaurants and bars. The number of downtown housing units in the form of condominiums, lofts, and apartments has been on the increase since 2000. Recent developments include the revival of the Flats, the Euclid Corridor Project, and the developments along East 4th Street.Cleveland residents geographically define themselves in terms of whether they live on the east or west side of the Cuyahoga River. The east side includes the neighborhoods of Buckeye-Shaker, Central, Collinwood, Corlett, Euclid-Green, Fairfax, Forest Hills, Glenville, Payne/Goodrich-Kirtland Park, Hough, Kinsman, Lee Harvard/Seville-Miles, Mount Pleasant, Nottingham, St. Clair-Superior, Union-Miles Park, University Circle, Little Italy, and Woodland Hills. The west side includes the neighborhoods of Brooklyn Centre, Clark-Fulton, Detroit-Shoreway, Cudell, Edgewater, Ohio City, Tremont, Old Brooklyn, Stockyards, West Boulevard, and the four neighborhoods colloquially known as West Park: Kamm's Corners, Jefferson, Puritas-Longmead, and Riverside. Three neighborhoods in the Cuyahoga Valley are sometimes referred to as the south side: Industrial Valley/Duck Island, Slavic Village (North and South Broadway), and Tremont. 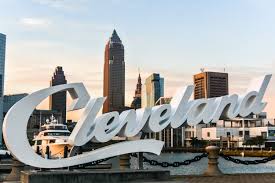 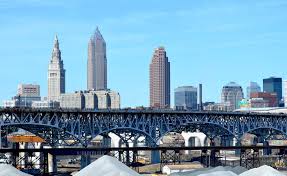 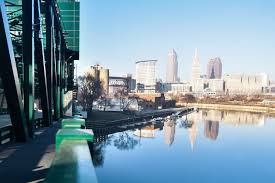 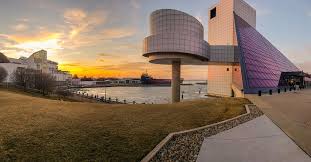