North Royalton was founded in 1818. Knight Sprague, an early settler, had the township named after his native town in Vermont, Royalton. Sometime between 1880 and 1890, the name of Royalton was changed to North Royalton because of another town in Ohio bearing the same name.

On April 4, 1927, the township officially became the Village of North Royalton, and the first mayor, E. C. McCombs, was elected.

The present City Hall was built in 1937. In 1950, with a population of 3939, gas and water lines were brought into areas of the village. The turnpike was constructed through the middle of North Royalton in 1955. On Memorial Day in 1960, a dedication was held at Memorial Park on State Road. In January, 1961, North Royalton officially became a city.

The City of North Royalton is strategically located in southern Cuyahoga County within minutes of three interstate highways (I-71, I-77, and I-480). It is bordered to the west by the city of Strongsville, to the north by the city of Parma, to the east by the city of Broadview Heights, and to the south by the township of Hinckley in Medina County.

North Royalton is a quick 20-minute trip into downtown Cleveland or Cleveland Hopkins International Airport, and just 30 minutes from Akron. The unique proximity to two major metropolitan areas ensures easy access to virtually any industrial or commercial product in existence. 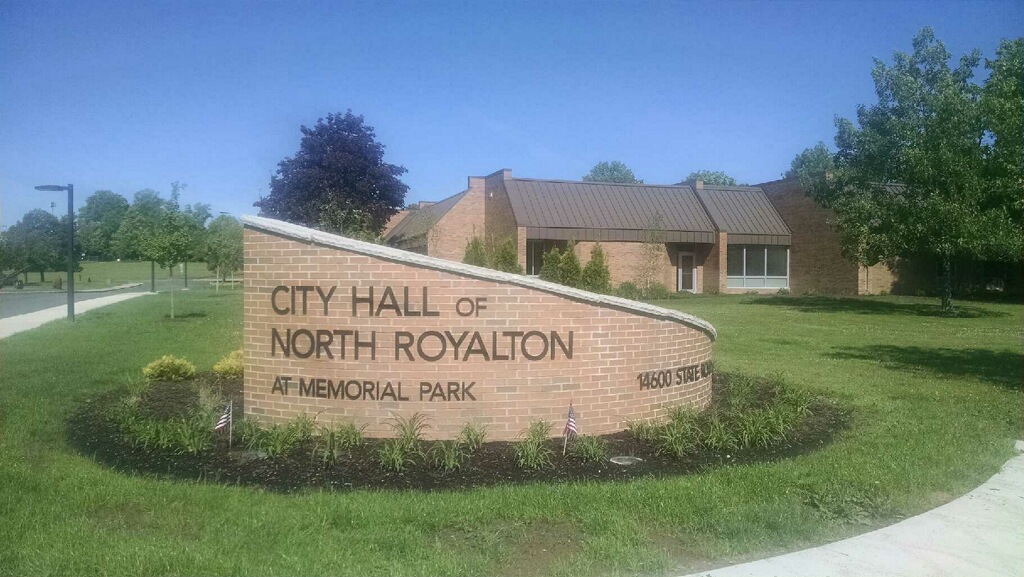